A family of three enjoying life on the beautiful west coast of Canada.

Bushboy here! Wow has it ever been a long time since i did a post! basically this is just an update so hope you enjoy.

Um wow were to begin scince my last post i have done alot of things! first off i started french emersion (late french). Started middle school (in french stil.) love the lockers!! um.. i joined karate  and amow a green belt… lovingg itt!!! And oh ya tommorow is my birthday 13! i’m turning 13 people that is an awesome number for a birthday!! Also this is the first year in awhile that i have had a b-day party and i am going to have a lazer tag party so i am totally stoked about that!! Oh ya and one last thing i am doing a speech in class on karate (everyone has to do a speech). All my friends are like “oh no i haven’t memorized it yet i’m gonna get an f!!” But trust me i got this!

so long for now (sorry just an update no pics) but maybe later as i hope to start making a post a week! All right i’m done talking now GOODBYE!!

My Name Is Optimus Prime and we are the autobots February 16, 2012

bushboy here there are some people other people call trekies and gleeks I like to call my self a transfonut which means I am OBSESSED!!!! with transformers these are the transformers that I have so far

these are they’re  vehicle modes

and these are their robot modes

this is his vehicle mode 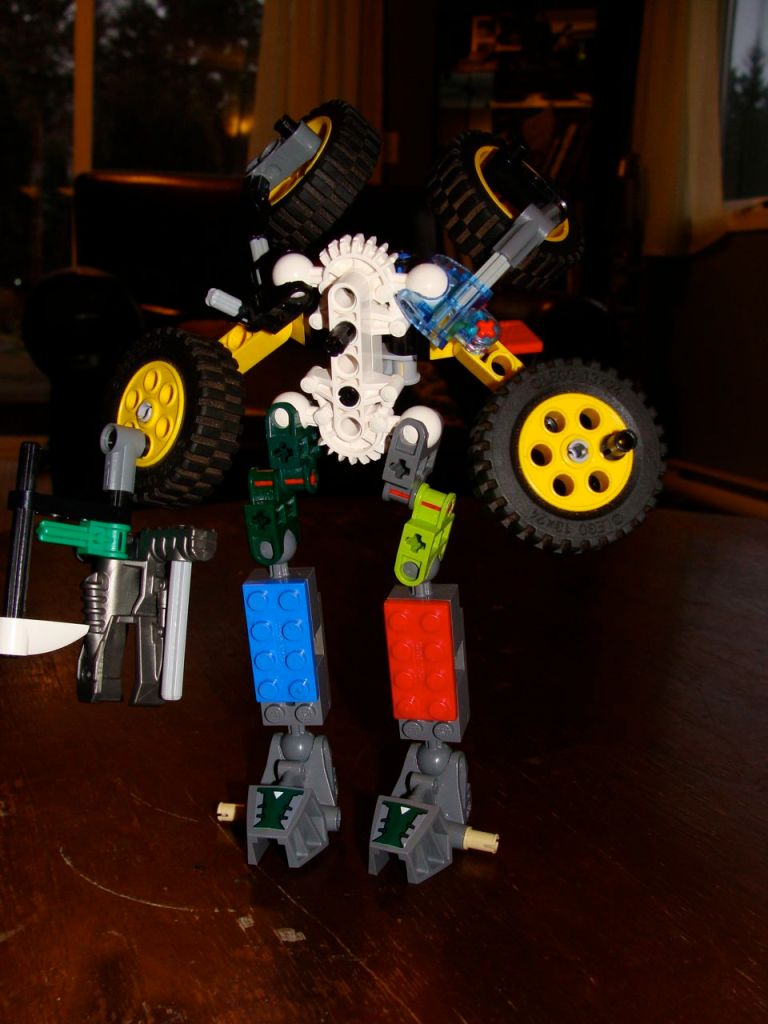 this is his robot mode

this is simons fish tank simon is a betta

and this is simon

he is just so cute

We walked the Quinsam yesterday and came across this young bear trying to catch a fish just below the fish counting gates by the hatchery. He wasn’t very good, he never caught one while we were watching despite trying about eight times!

these are all the clones that I have collected in half a year.

this is their ship all the antennae are guns 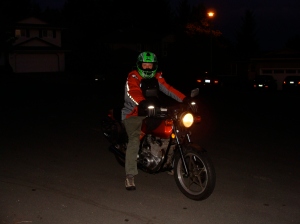 Well these pics were supposed to be blogged a long time ago and were never gotten to..I got these so i could show how my bike looks in the night…I love the red colour of the back light..Still have not done any riding at night,but that will have to wait till the warm weather now.I am looking forward to doing some sort of trip on the bike with some friends in the summer.As for now I have to install a new battery and a windsheild…..to get me out of the wind! but for now I wait for the warmer weather,and my other love VOLLEYBALL will have to keep me satisfied till then.

Bush Boy and I have been fishing on the Quinsam River for the past few weeks and have been absolutely just killing them almost every trip. Times have been a little trying with bush boy and his second year with a fly rod. But we have managed to pull through. Last week he managed to catch three and was very happy, but this week he only managed to get one and he was not happy. I got him a new rod and reel just a little bit ago,this was to try and get him a reel that was better than we had for him already. But the one that came with the rod was again just a knuckle buster. So being the nice Dad that I could be I let him use one of my other reels. I now need to get some new line put onto  that reel as the day was trying for him.

I took a few pictures with Bush Boy’s camera as you can see the close ups are not very good but you can get the idea of the fly I love to use for the pinks.It is a blue and silver Muddler. Pink and green versions of this work as well.

Just two pics of Bush Boy on the river.

I have now been riding my bike to work for the past month now almost every day and still love it the utmost glee. Every time I leave work to come home I can almost melt away all the thoughts of work. We have had some rain through the month which sucks!

As you can see it the first pic I have now added some bags onto the bike. I also think they add to the look of the bike. The bags stay small when they are not in use, and when you need them to you can un zip them and they get to  almost double the size. VERY COOL!!!!

Well as you know I was going to do my skills test for my bike.I passed with only one foot fault! The guy told me as we went around the course that he would tell me when to go faster or slower….So when I went to go through the cone Slalom

I was not going fast enough and had to put my foot down,and that is when he tells me I should go a little faster to make it easier and more stable…NOOOO! Anyhow I passed the test and I can now ride on my own.I have taken the bike to work for the last two days and absolutely love it….More latrer!

Well the winter is just over and I have re-insured my bike for the summer. I now need to go and do my skills test so that I can ride my bike on my own. After I have done this for a few months I can then go and do my road test,and be a full-fledged rider. After having the bike for a few months now I feel much more comfortable on the bike.I have gone down and practiced on the skills test area and feel pretty good about the test.I get to do my test on Monday the 19th at 1:30pm and hope to pass. I will keep you posted…